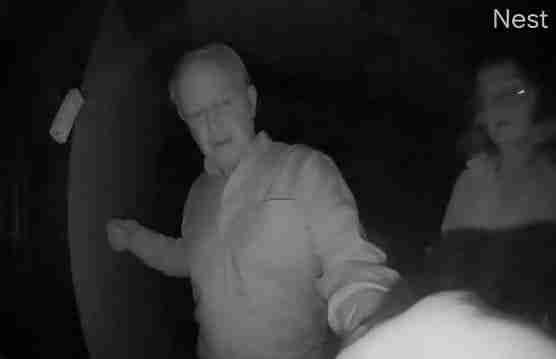 Nobel Prize winner Robert Wilson wakes up his neighbor to tell him they had both won the Nobel Prize in economics. Wilson had a hand in designing an auction model used for new top level domains.

Did you see that video this week of a man and his wife trying to wake up his neighbor to tell him he won the Nobel Prize in economics?

The man in the video, Robert Wilson, won the prize along with the man he was trying to wake up, Paul Milgrom. The pair were awarded the prize for their work related to auction theory.

Wilson had a hand in designing auctions that were used by many new top level domain name auction applicants to resolve contention sets. The applicants held an auction where the losers split the winner’s payment so they didn’t walk away empty-handed.

The auction format became a key story to how new top level domain name expansion worked out. Some applicants banked tens of millions of dollars by giving up their applications for domains.

Applicant Auction organized most of these private auctions, and it based the format on a model (pdf) created by Peter Cramton and three other economists, including Wilson.

The #NobelPrize committee couldn't reach Paul Milgrom to share the news that he won, so his fellow winner and neighbor Robert Wilson knocked on his door in the middle of the night. pic.twitter.com/MvhxZcgutZ